By Joshua Franklin and Echo Wang

(Reuters) – Triller Inc, a budding competitor to popular short-video app TikTok, is in discussions with blank-check acquisition companies about a merger which would take the U.S. social media company public, according to people familiar with the matter.

The deal would come as Triller seeks to capitalize on TikTok’s woes. U.S. President Donald Trump’s administration has ordered TikTok’s Chinese parent ByteDance to divest the app, citing concerns that the data of U.S. citizens could be accessible to China’s Communist Party government. TikTok has sued the U.S. government to stave off a ban from U.S. app stores while deal negotiations continue.

Triller, which was launched in 2015 and only has a fraction of the 100 million users that TikTok boasts in the United States, has said it hopes that the uncertainty over its rival’s future will drive more influencers and users to its platform.- ADVERTISEMENT –

Triller is working with investment bank Farvahar Partners as it negotiates a potential deal with a so-called special purpose acquisition companies (SPAC), the sources said. A SPAC is a shell company that raises money in an initial public offering (IPO) to merge with a privately held company which then becomes publicly traded as a result.

Triller’s SPAC negotiations are happening alongside discussions with investors about a private fundraising round, led by investment bank UBS Group AG <UBSG.S>, in which the Los Angeles-based company is seeking to raise around $250 million, the sources said.

Triller has so far secured around $100 million in that round at a $1.25 billion valuation, according to the sources. It is deliberating whether to proceed with the private fundraising or opt for the deal with a SPAC, one of the sources added.

The sources cautioned that no deal is certain and asked not to be identified because the negotiations are confidential.

Farvahar Partners and UBS did not immediately respond to requests for comment.

SPACs have emerged as a popular IPO alternative for companies this year, providing a path to going public with less regulatory scrutiny and more certainty over the valuation that will be attained and funds that will be raised. U.S. SPACs have raised $53.8 billion so far in 2020 through IPOs, more than the total raised in the prior seven years, according to industry tracker SPAC Research.

Triller said earlier this year it had 65 million monthly active users on its short video app, although many analytics companies have said they have not been provided enough access to independently verify Triller’s figures.

Triller’s celebrity users include musicians Alicia Keys, Cardi B and Eminem, and its financial backers include Kendrick Lamar and The Weeknd.

Triller is owned by media industry veteran Ryan Kavanaugh and healthcare executive Bobby Sarnevesht. Kavanaugh in 2004 founded U.S. film studio Relativity Media LLC, whose films included the award-winning “The Fighter”. The studio ended up filing for bankruptcy twice, in 2015 and 2018.

Sarnevesht was a partner at Bay Area Surgical Management, which lost a $37.4 million legal battle against Aetna Inc after the health insurance firm alleged in 2012 that it had been defrauded by the surgery centers operator.

Triller sued TikTok in July, alleging it infringed its patent for stitching together multiple music videos with a single audio track.

In August, Triller said it had partnered with investment firm Centricus Asset Management Ltd in a bid for TikTok. ByteDance, however, said it was not engaged in such discussions.

Trump last month said he had given his preliminary blessing to a deal that would give a 20% stake in TikTok to computer networking conglomerate Oracle Corp <ORCL.N> and retail giant Walmart Inc <WMT.N>. The negotiations subsequently stalled, as ByteDance maintained it would keep an 80% stake in TikTok, rather than distribute it to its investors.

TikTok is widely popular with U.S. teenagers, though its advertising business is still nascent. Major companies, including Procter & Gamble Co <PG.N>, Danone <DANO.PA> and Chipotle Mexican Grill Inc <CMG.N> told Reuters last week they would keep spending on advertising with TikTok despite the uncertainty over its future. 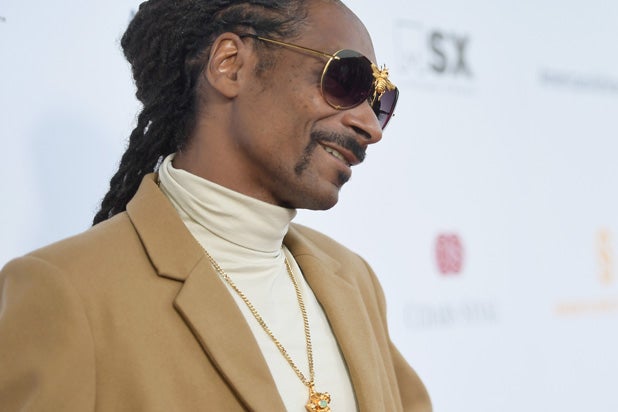 Terms of the deals have not been made public, but an individual familiar with the investment told TheWrap the total amount is in the $10 million to $20 million range.

Triller Sets November 28 as New and Official Fight Date for Mike Tyson’s Return to the Ring Against Roy Jones Jr. as Event Grows Dramatically in Scope and Size

The hard-hitting lineup now includes Jake Paul vs. Nate Robinson, Badou Jack vs. Blake McKernan and Viddal Riley vs. Rashad Coulter, as more than 100,000 fans demand to participate in the live event

LOS ANGELES, Aug. 11, 2020 /PRNewswire/ — Digital platform and viral app, Triller announced today that Mike Tyson and Roy Jones Jr.’s highly anticipated boxing return is set for November 28th with new additions to the robust fight card. Given the enormous interest, the holiday weekend will make this historic battle an even bigger viewing event, marking the first live Pay-Per-View event brought to the world by Triller as the first of the “Triller Battles” series.

Sanctioned by the California State Athletic Commission, Badou Jack vs. Blake McKernan and Viddal Riley vs. Rashad Coulter will be joining the fight card alongside the previously announced Jake Paul vs. Nate Robinson bout.

Swedish boxer and former world champion, Badou Jack will take on 13-0 Army veteran, Blake “The Beast” McKernan in an 8-round battle. Jack held the title of world champion for both WBD super-middleweight and WBA light-heavyweight following his 2008 Olympic appearance.

Viral internet personality, trainer of YouTuber KSI and British professional boxer, Viddal Riley is set to face American MMA fighter, Rashad “Daywalker” Coulter. As a cruiserweight, Riley holds two wins by KO and holds a silver medal after winning the European Junior Boxing Championship in 2013. Coulter competed in the Light Heavyweight division of the Ultimate Fight Championship in 2017 and has found success fighting in multiple weight divisions throughout his career.

Tyson said, “Changing the date to November 28th will give more people the opportunity to see the biggest comeback in boxing history. This temporary inconvenience will last longer than Roy Jones Jr. He better be ready, I’m coming full force.”

“Mike Tyson & Roy Jones are legends in this sport and it’s an honor to share this stage with them,” said Jack. “It will be an exciting night for boxing and I’m proud to be able to donate the proceeds of my fight to the Badou Jack Foundation and continue to give kids across the globe a fighting chance in life.”

“Being on this card is an honor and I’m planning on showcasing my skills for the world to see,” said Viddal Riley. “I’m going to make my mark in the Cruiserweight division on November 28th, so be sure to tune in.”

Tyson versus Jones Jr. will be sanctioned by a recognized sanctioning body, who will score the fight and present the winner with a specially-commissioned belt.

“Having spent time with both Tyson and Jones we can say this is probably the most serious we have ever seen two fighters approach a fight,” said Ryan Kavanaugh one of the producers of the event and co-owner of Triller. “They are hell bent on knocking each other out, and I will be shocked if there isn’t an epic knockout,” he continued. “This is an event not to be missed.”

This four-hour live event will be airing globally with the main three-hour card on Pay-Per-View and PPV streaming on www.TysonOnTriller.com. The event will include multiple iconic musical performances to be announced in the coming weeks. Producers include: Mike Tyson, Sophie Watts, Johnny Ryan Jr., Azim Spicer, Kiki Tyson, Ryan Kavanaugh, Bobby Sarnevesht and Nakisa Bidarian.

The fight is the first event of a series produced under Mike Tyson’s Legends Only League, a sports venture owned by Tyson and Eros Innovations.

The full fight card is as follows:

For more information on the fight, please visit TysonOnTriller.com

About Triller
Triller is an AI-powered music video app that allows users to create professional-looking videos in a matter of seconds. Pick a song, select the portion of the song you want to use, snap a few takes and with the tap of a button you have a celebrity-quality music video starring you and your friends. Triller relies solely on organic growth and has more than 250 million downloads, with celebrities like Alicia Keys, Cardi B, Marshmello, Roddy Ricch and Eminem regularly using the app to create their own music videos. Triller recently was acquired by Proxima Media. For more information, visit www.triller.co and follow @trillervids on Instagram.

Some SPAC’s this could work for

Dragoneer Growth – We intend to pursue opportunities with private, high-quality growth companies. We will use our experience in sourcing transactions and portfolio company due diligence to seek to identify and negotiate a combination with an exceptional business. Our team focuses on software, internet, media, consumer/retail, healthcare IT and financial services/fintech sectors, and our expectation is that our ultimate target will be in one of those sectors, although we may consummate a transaction with a business in a different industry. Dragoneer has a long track record of successfully identifying category and industry leaders. Some of Dragoneer’s prior investments in the private markets include: Alibaba (IPO 2014), Amwins, Appfolio (IPO 2015), Atlassian (IPO 2015), Datadog (IPO 2019), Dollar Shave Club (acquired 2016), Doordash, Klarna, Nubank, PointClickCare, Slack (direct list 2019), Snowflake, Spotify (direct list 2018), Uber (IPO 2019), and UiPath. These investments and many more have helped us build a unique network of relationships and access to management teams, which we believe will be important in consummating a merger with a target.